To share your memory on the wall of Rowland Kristjanson, sign in using one of the following options:

Rowland was born March 20, 1935 on the family farm in Vidir. He farmed there most of his life with his brothers. They also ran a gravel and redi-mix concrete business. For many years he, Magnus and Kris cut pulpwood in the winter and hauled it to Riverton for transport.

Rowland married Kristin Sigvaldason on June 29, 1963. They raised three children on the family farm. His life was devoted to his family.
He was a soft spoken, quiet man and only family and close friends really got to know him and enjoy his sense of humour.

In his later years with his health failing his greatest joy was spending time with his children and grandchildren and watching the Jets and the Blue Jays. Even though he struggled with health issues he never complained or wanted sympathy.

The family would like to thank Dr Donnelly and the staff at the Arborg and District Health Centre for their care and compassion.

A private gathering of family and friends will be held September 7th at the Vidir cemetery.

In lieu of flowers donations can be made to the Arborg and District Ladies Health Auxiliary, Box 301, Arborg, MB, R0C 1B0

Receive notifications about information and event scheduling for Rowland

We encourage you to share your most beloved memories of Rowland here, so that the family and other loved ones can always see it. You can upload cherished photographs, or share your favorite stories, and can even comment on those shared by others.

Plant a Tree in Memory of Rowland
Plant a tree 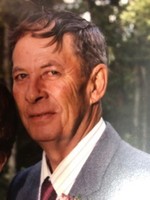