To share your memory on the wall of Robert Newman, sign in using one of the following options:

Peacefully, after a brief illness, it is with deep sorrow that we announce the passing of Robert Warren Newman on Tuesday, Sept 29, 2020 at the Grace Hospital at the age of 92.
Robert is survived by his beloved... Read More
ROBERT WARREN NEWMAN

Peacefully, after a brief illness, it is with deep sorrow that we announce the passing of Robert Warren Newman on Tuesday, Sept 29, 2020 at the Grace Hospital at the age of 92.
Robert is survived by his beloved wife Sigrid of 68 years; two sons, Ralph (Karen) and Jeff (Cheryl), six Grandchildren and five Great Grandchildren. He was predeceased by his parents John and Ruth and his brother Johnny.

Robert was born in 1928 in Hyas SK. He joined the RCAF in 1947, graduating as a pilot with course 4 at Centralia, ON. First posting was to the Joint Air Training Centre at Rivers where he flew the Dakota (and completed the Army paratroop course, six jumps). He then instructed on Harvards at Gimli and on Expeditors and Mitchells at Saskatoon. A tour at AFHQ came next, followed by a posting in Winnipeg where he flew the Mitchell and Dakota. In1960 he was posted to 412 Squadron, Ottawa. While at 412 Squadron, he flew the Dakota, Cosmopolitan and Yukon, and acted as Flight Safety Officer and Instrument Check Pilot. Promoted to Major in 1966, he attended the Canadian Army Staff College at Kingston, and in 1967 was posted to CFHQ. His final posting was to Winnipeg where he served as Chief Pilot, ANS Flying Wing and D/CO 429 Composite Squadron.

Major Newman Married Sigrid Suhr in 1952 and they had two sons Ralph and Jeff. Following retirement in 1974, the Newman’s moved to Hyas, SK where they were involved in various business enterprises. He also enjoyed flying his Aircraft which he eventually sold.

Robert and Sigrid moved from Hyas to Gimli in 2007 and finally to Selkirk in 2016.
His love for his family and all his kind words and advice will be sadly missed by all.
Special Thank You to Andrew Skene Nurse Practitioner and Dr. Burton Abbott and the staff of Grace Hospital 4 North, Winnipeg MB for their compassion and wonderful care.
A private family service will take place.

In lieu of flowers, if friends so desire, memorial donations may be made to a local Animal Shelter.
Read Less

Receive notifications about information and event scheduling for Robert

We encourage you to share your most beloved memories of Robert here, so that the family and other loved ones can always see it. You can upload cherished photographs, or share your favorite stories, and can even comment on those shared by others.

Plant a Tree in Memory of Robert
Plant a tree 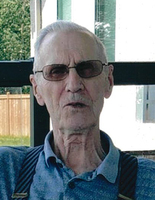