To share your memory on the wall of Richard (Dick) Woodsworth, sign in using one of the following options:

Peacefully and surrounded by family, Richard (Dick) Woodsworth passed, Sunday evening, June 7, 2020 at the Stonewall Hospital at the age of 70.
Ending a long, hard fought battle with Glioblastoma, an aggressive form of brain cancer.

He is survived by his loving wife of 47 years, Lynne and daughters Shirley (Iain) Palmer and Mary Woodsworth. As well as grandchildren Austin Woodsworth,
Nicholas, Sydney and Caris Palmer. Also survived by his brother Joe (Prince Albert, SK) and sisters’ Mary Woodsworth, Susan (Ron) Valade from Saskatoon, SK and their families. All will miss his weird sense of humor.

Retiring after a 45 1/2-year career with The Northwest Co (Northern Stores) in 2015. During his career he traveled and worked in some 130 locations in Canada in various positions with 12 moves with the company. It was in Saskatoon that Richard started his career with the Hudson Bay, packing china for local delivery, while attending University. After 3 years he applied to go to the “North” with the company, ending up in Shamattawa. From here his journey began. Going to Island Lake, Berens River, The Pas, Leaf Rapids, Thompson , Nipigon( first store as manager), Red Lake( with company change to The North West Co.), Sioux Lookout, Winnipeg office( loss prevention ), back to Sioux Lookout ( remote dso) and finally back to office in Winnipeg from where his job took him on travels throughout the Northern parts of Canada.

He devoted his time to spoiling his grandchildren, gardening, golfing, walking the family dog “Oliver” and enjoying trips to the family cottage in Alberta.

You would find Dick out early each morning, rain or shine, weeding, pruning, and attending to the overabundance of flowers and to his small garden, overflowing with vegetables every day. He was constantly on the move never sitting long. Always kept busy.

Thank you to Home Care for their support during his battle while at home and to Palliative volunteer Bill for his support and company to Dick and the family.
The family wants to thank all the staff at the Stonewall Hospital tremendously; from the team that ensured his room was spotless, to the kitchen for his meals, to the caring nurses, doctors and especially the health care aides. Their compassion and caring during his months under their care was exceptional and so greatly appreciated. Thank you to Dr. Graham for the sensitive, compassionate, support he provided during the last year of Dick’s care.
Thank you also to Cancer Care Manitoba, especially to Dr. C. Harlos & Denise Klassen for their outstanding care & support.

In lieu of flowers, donations may be made to the Stonewall Palliative Care or to Cancer Care Manitoba. There will be a private family interment.
Read Less

Receive notifications about information and event scheduling for Richard (Dick)

We encourage you to share your most beloved memories of Richard (Dick) here, so that the family and other loved ones can always see it. You can upload cherished photographs, or share your favorite stories, and can even comment on those shared by others.

Plant a Tree in Memory of Richard (Dick)
Plant a tree 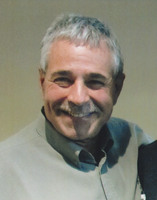