To share your memory on the wall of Paul Reimer, sign in using one of the following options:

Receive notifications about information and event scheduling for Paul

We encourage you to share your most beloved memories of Paul here, so that the family and other loved ones can always see it. You can upload cherished photographs, or share your favorite stories, and can even comment on those shared by others.

Posted Oct 21, 2019 at 11:41am
Donna and family. We were so sorry to read of Paul's passing. It's hard to believe that so many years have gone by since our days at UGG. And Paul sold a lot of carpet to our family and friends many years ago! We remember some good times and stories about his great sense of humour that you would relate to us. We were going through our old slides at the lake a couple of weeks ago and there was your wedding picture! We still didn't realize at the time how far back that went - over 50 years already! Hard to believe! Although we are a voice from the past, we wanted to send our condolences to you and hope it helps to know that people still care after such a long time because you are special people and special in our memories. Thinking of you - Yvonne Miller (Godfrey) and Bev Venn (Zimmerman).
Comment Share
Share via:
DR

Thank you so much for reaching out, it means a lot 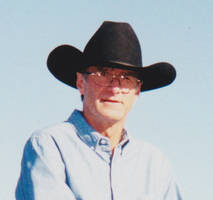