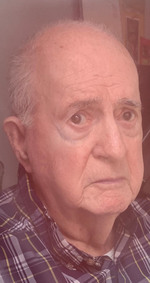 Quietly, on May 10, 2020, at the age of 89, at the Gimli Hospital, Orville (with his stepdaughter Betty by his side) went to join his love Madeline in heaven.
Orville was born in Kenora, Ontario on November 27th, 1930 and moved to Winnipeg in 1964 to continue his 36-year career with CP Rail, retiring in 1986. In 1988 he and Madeline moved to BC and traveled all over North America. Due to failing health, they moved back to Stonewall in 2001 to be closer to family. After Madeline’s death in 2014 he moved to the “House of Hope” in Arborg to be closer to Betty. Failing health caused the move to Gimli Betel in the fall of 2017.
Orville is predeceased by his parents Jack and Margret Millings, sister Bernice and Eddie Bunn, first wife Joan, Baby Millings (at birth), second wife Madeline, stepdaughter Linda Bazuik, great grandsons JC Halllett and Dallas Hayka.
He leaves to mourn his passing, stepdaughters Betty Comberbach, Lorrie Heaps both of Arborg, Valery Guffei (Ross) of Edmonton, 9 grandchildren, 15 great grandchildren and 11 great-great grandchildren, nephews Leslie, Kevin and Warren Bunn and families of Kenora.
As per Orville’s wishes, cremation has taken place and a private family burial will take place with a Celebration of Life at a future date.