To share your memory on the wall of Michael \"Bob\" Pidstawka, sign in using one of the following options:

Michael Robert Pidstawka, known by all as Bob, passed away at the age of 78 on Monday, August 24, 2020 at the Arborg Personal Care Home.
Bob was born on October 14, 1941, and grew up in the small town of Silver, ... Read More
MICHAEL PIDSTAWKA

Michael Robert Pidstawka, known by all as Bob, passed away at the age of 78 on Monday, August 24, 2020 at the Arborg Personal Care Home.
Bob was born on October 14, 1941, and grew up in the small town of Silver, Manitoba. There he farmed with his father Charles, his mother Rose and his sister Judy. Bob was a kind and patient man who enjoyed the company of his friends and family. He also enjoyed spending countless hours with his nieces, nephews, grandchildren and daughter. Especially his grandson Tom whom he enjoyed teaching farming and mechanics to. He loved to take the kids snowmobiling, cross country riding, to the beach and many other things. Bob lived in Winnipeg for many years with his wife and daughter, but his love for the farm brought him back to Silver. With his wife by his side, they made a life and home on the family farm. As well as farming Bob also worked as a mechanic at Drabik Implements and eventually moved on to Johnsons Seeds until he finally retired. He enjoyed farming, old cars or tractors as well as animals and nature. Bob is predeceased by his Mother and Father as well as his sister Judy (Louis). He is survived by his wife Irene of 53 years, his daughter Darlene(Rene), grandchildren Tom(Jenny) and Todd, great grand children Logan, Maria and Kiara, nieces Shelley, Debbie, Lorrie, Andrea as well as nephews Tim and Zachery, brother-in-law Louis (Bernice) sister-in-law Wanda (Dann), brother-in-law Stanley (Patricia) and many other family members. There will be a private family funeral in Silver. In lieu of flowers, donations to the Gimli Animal Shelter would be appreciated.
Read Less

Receive notifications about information and event scheduling for Michael "Bob"

We encourage you to share your most beloved memories of Michael "Bob" here, so that the family and other loved ones can always see it. You can upload cherished photographs, or share your favorite stories, and can even comment on those shared by others.

Plant a Tree in Memory of Michael "Bob"
Plant a tree 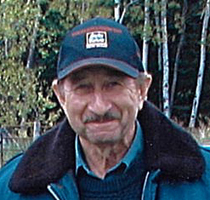