To share your memory on the wall of Mary Revel, sign in using one of the following options:

Print
Mary Revel (nee Lees) passed quietly in her sleep with daughter Nancy by her side at 9:05 am November 6, 2019 at Goodwin Lodge in Teulon the morning after her 92nd birthday.
Mary is survived by her children: Turk (Linda), Carman; Linda (Herman)... Read More
Mary Revel (nee Lees) passed quietly in her sleep with daughter Nancy by her side at 9:05 am November 6, 2019 at Goodwin Lodge in Teulon the morning after her 92nd birthday.
Mary is survived by her children: Turk (Linda), Carman; Linda (Herman) Green, Buffalo Point; Brian (Lee), Vernon B.C.; Nancy, Teulon and Gord (Jennifer), Abbotsford B.C.; 8 grandchildren and 7 great grandchildren. She is also survived by four siblings: Dorothy Wilson; Jean Brown; Roy Lees (Lois) and Ellen Leitch (Sam); sisters-in-law Mary Lees (Bill); Rena Lees (Tom), Darlene Lees (Laurence) and Lois Rutherford and brother-in-law Harvey Seddon (Ruth) as well as many nieces and nephews.
She was predeceased by her husband Ted and her parents Laurence and Winnifred Lees, infant son Ronald as well as siblings: Bill, George, Tom, Laurence and Ruth. She was also predeceased by brothers-in-law: Bob Wilson, John Gabor and Don Brown, Jack Rutherford and Wilfred Osborne and sisters-in-law Mary Evelyn Osborne and Muriel Revel. Mom was also predeceased by four half siblings: Laurence Jr., John (Jack), Amelia and Bert.
Mom was born in Neepawa the oldest of the 10 children of Winnifred and Laurence. She worked on the farm and in the house and helped with many of her younger siblings. She attended Osprey school and after grade 8 she rode a horse 4 miles to the Davidson family home (maternal side) and attended Neepawa Collegiate until the end of Grade 11 Business Ed. She then went to Winnipeg to work at TWA. During her working years, she met and married Ted in 1947, a Glenholm lad from up the Arden Ridge. Her family had moved to Arden in 1944 and the home in Arden and the Revel home in Glenholm or Osborne home in Birnie were the sites of Christmas gatherings and summer holidays for years. Mom was so efficient that despite celebrating Christmas morning (early) at home she had us packed and ready and in either Arden or Birnie (some 2.5 hours from Teulon) by 11 am.
Early in married life dad bought grain for pool elevators and they lived in Lyleton, Morris, Livinia and Birnie. As Dad went to university for 1 year, mom looked after her two oldest in an apartment in Winnipeg. They returned to Birnie for 2 years where Dad taught school and Mom maintained house, cooked and looked after 3 children under 4 in 3 rooms back of the school separated by only a cloth. Their 2-year experiences carried them next to Wellwood and Kelwood. In 1959, they moved to Stonewall before settling in Teulon in 1960.
Mom was an incredibly busy housewife looking after 5 children. She drove loads to games and attended games and performances and was a driving force in the UCW (United Church Women), Kinettes and Hospital Auxiliary. Mom volunteered for many years with the museum. (One gentleman referred to her as Mrs. Museum). She was active in curling and truly loved the game. She could throw the high hard one. Mom was very athletic and competed in races (usually the winner) at field days and ball tournaments. She had Theatre tickets and were long-time Bomber season tickets. (40 years) Despite all this, she helped maintain a balance and taught her children card games and board games. She was a happy, fun loving and competitive person who set strict rules and showed incredible love for all. She was such a gracious person and so thankful of things done for her. She always instilled a sense of family.
When all of us were in school, she returned to the work force at the Elementary school, the TD bank and then at the RCMP office in town.
She had a way of including everyone and teaching as well. If you stopped in the kitchen when she was working, you can stir that or put this on or check this. She was always in control and we lovingly referred to her as Rocky.
The Psychologist William Glasser writes Reality Therapy that we need to deal with it meaning life and its pitfalls. Too often we sit around worrying about everything or crying the blues. Mom is the poster child for deal with it. It was so ingrained that one of her children had a sign in her office that read put on your big girl panties and deal with it.
In her last years, mom was confined to a wheelchair and lived in Teulon Hospital and eventually Goodwin Lodge. The family would like to thank Rose, Lynne and Marilyn who lovingly cared for mom as well as staff at Teulon Hospital. A special thanks to Nancy who did so much for Mom since the passing of dad in 2008.
As always, there are special people in our lives and Joan and Ralph Trombo have been there as incredible neighbours since 1960 and mom and Joan did so much together. (Mary was her chosen sister as Joan stated.) A special thank you to them. Lloyd and Dale Smith did so much for mom and Nancy over the years and a special shout out to Doug Zeller for all he has done for Aunt Mary.
Mom had favourite quotes which were hung on her door. You never asked for favours, yet you did them every day. You never asked for help, and yet you gave so much away. You never asked for gratitude. And yet your whole life through, we will always be so grateful, just to have had your love and you.
Mom chose not to have a funeral but there will be a family interment in Neepawa later.
In lieu of flowers, donations can be made to Teulon Museum or a charity of your choice.
Read Less

Receive notifications about information and event scheduling for Mary

We encourage you to share your most beloved memories of Mary here, so that the family and other loved ones can always see it. You can upload cherished photographs, or share your favorite stories, and can even comment on those shared by others.

Plant a Tree in Memory of Mary
Plant a tree 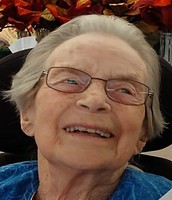