To share your memory on the wall of Lovey Wachniak, sign in using one of the following options:

We encourage you to share your most beloved memories of Lovey here, so that the family and other loved ones can always see it. You can upload cherished photographs, or share your favorite stories, and can even comment on those shared by others.

Posted Mar 11, 2020 at 11:11am
Lovey was the best mother-in-law a guy could have asked for. She was always welcoming and encouraging..... a wonderful person all around. We loved her a lot. I also loved being her partner when we played cards, since we consistently beat Vicky and Wally at our favourite games. OK, maybe not consistently, but at least 50.1% of the time. 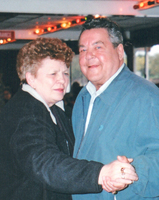