To share your memory on the wall of Kenneth Hughson, sign in using one of the following options:

Print
KENNETH CRAIG HUGHSON
It is with heavy hearts that we announce the passing of Kenneth Craig Hughson at the Concordia Hospital on May 13, 2020 at the age of 61 years, following a courageous battle with cancer.

He leaves to grieve hi... Read More
KENNETH CRAIG HUGHSON
It is with heavy hearts that we announce the passing of Kenneth Craig Hughson at the Concordia Hospital on May 13, 2020 at the age of 61 years, following a courageous battle with cancer.

He leaves to grieve his father, Craig Hughson; his two sons, Adam Hughson (Candace) and Mark Hughson (Shelly); nephews and nieces, Jennifer Miller (Mark), Samantha and Olivia, Jay Hughson (Nikki), Max Hughson (Holly), Brittany Bell, Rachael and Reginald.
Ken was predeceased by his mother Laurette and his brother Larry (Woody).
He was a kind man who enjoyed helping others who were in need.

We would like to thank the Doctors and Staff of the Concordia Hospital for their kindness and compassion during the time he spent there.

In lieu of flowers, donation in Ken’s memory may be made to CancerCare, MB, 675 McDermot Ave, R3E 0V9, or a charity of your choice.

A private celebration of life will be held at a later date to be determined.
Read Less

Receive notifications about information and event scheduling for Kenneth

We encourage you to share your most beloved memories of Kenneth here, so that the family and other loved ones can always see it. You can upload cherished photographs, or share your favorite stories, and can even comment on those shared by others.

Plant a Tree in Memory of Kenneth
Plant a tree 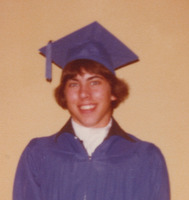