To share your memory on the wall of Edna Allard, sign in using one of the following options:

Print
It is with deep sadness that we announce the passing of Edna Allard on September 1, 2019 at the Health Sciences Centre, Winnipeg, at the age of 56 years.

Surviving to mourn her loss, her mother Marcelline; husband Noel; son Jeremy (Shanl... Read More
It is with deep sadness that we announce the passing of Edna Allard on September 1, 2019 at the Health Sciences Centre, Winnipeg, at the age of 56 years.

Edna was born and raised in St. Laurent, where she took her schooling and met Noel the love of her life. They started their family after school and were married on September 18, 1982.
Edna took nursing at Red River College and worked in the health care field all of her life.
She spent many hours in hockey arena’s following children’s passions.
Her priority was the wellbeing of children and elders. Through World Vision Canada she sponsored children in third world countries.
Her biggest joy was the time she spent with her grandchildren, and spending time with her children around the campfire. No one ever left her house hungry.
She was recognized internationally along with her husband for their charity work, in many communities in northern Manitoba.

We encourage you to share your most beloved memories of Edna here, so that the family and other loved ones can always see it. You can upload cherished photographs, or share your favorite stories, and can even comment on those shared by others.

Posted Sep 04, 2019 at 08:11pm
I got to know Edna over the years when she was working at the front desk but finally got to actually work with her when she was working as a clinical assistant. Not only was Edna very good at her job, but she also had this enormous ability to put patients at ease, who are often anxious when visiting a healthcare facility. It makes a tremendous difference in patient's lives when they are greeted by someone who treats them with respect with a big smile on her face. One thing striking to me when working with Edna was the praise I got from patients about her all the time. Although her interactions with the patients were very brief before they would see the physician, she made sure that this moment made a difference in their life. And it most certainly did, and I am sure contributed to their overall healing. I vividly remember how Edna always had a smile on her face no matter the circumstances, and I learned to tackle challenging situations from her myself. My thoughts and prayers are with Edna's family, and we will never forget her as part of our clinic family.
Comment Share
Share via:
DS

Posted Sep 04, 2019 at 11:21am
Edna is a wonderful colleague and a great soul. She never stopped smiling and spread happiness among her coworkers. May your beautiful soul rest in eternal peace Edna !
May the almighty Lord bless her family with courage and strength to go through this hard time !
Comment Share
Share via:
EH

Posted Sep 04, 2019 at 09:48am
We are so very sorry for your loss. Edna was loved by many and her absence will leave a great void for sure. May God wrap you in His loving arms and carry you through this time of deep grief. Please know that we as her clinic family grieve with you.
Comment Share
Share via:
N

Posted Sep 03, 2019 at 11:33pm
I loved her caring, sense of humor and sharp wit! Edna was enjoyable to work with for many reasons and I was lucky to know her even briefly. To Edna's family, my thoughts and prayers are with you as remember all the good times you had together.
Comment Share
Share via: 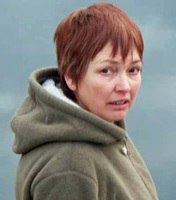