To share your memory on the wall of Albert Harris, sign in using one of the following options:

We, the family are heartbroken to announce the passing of Al on Monday, August 10th following a short and severe illness.

Al was born in Birmingham, England and as a child was evacuated during WWII to Govilo... Read More
ALBERT HARRIS

We, the family are heartbroken to announce the passing of Al on Monday, August 10th following a short and severe illness.

Al was born in Birmingham, England and as a child was evacuated during WWII to Govilon, South Wales, where he lived for 3 years. At the age of 18, he was conscripted into the RAF and spent most of his time in Singapore. He met Julie soon after returning home, and they started dating. He emigrated to Canada in 1957 to work for the Bank of Montreal in Winnipeg. Julie followed him 6 months later, and they were married on Nov 16, 1957. Their son Mark was born nearly a year later, and daughter Deb was born in 1964.

Al worked for the Bank of Montreal for 19 years. Then in 1979 he began a career with the Manitoba Trucking Assoc. as General Manager until he retired at the age of 62.

In 1986 Al & Julie moved to Grosse Isle so that Al could enjoy his hobby of raising birds. He did so for over 25 years, providing many breeders with peacocks, quail, pheasants and chickens.

Al, the youngest of nine children, was predeceased by many of his friends, and all of his brothers and sisters except one, Charlie.

Receive notifications about information and event scheduling for Albert

We encourage you to share your most beloved memories of Albert here, so that the family and other loved ones can always see it. You can upload cherished photographs, or share your favorite stories, and can even comment on those shared by others.

Posted Aug 17, 2020 at 10:29am
Julie:
Our sincere sympathy in the loss of Al. His contribution to the Manitoba Trucking Association and the industry was significant. His support and counsel during my tenure as President was much appreciated.
Ray & Myrna Downey
Comment Share
Share via:
WS

Posted Aug 15, 2020 at 08:14pm
Julie and family,
So sorry to read of Al's passing! I have many great memories of you and Al from your early days in Winnipeg.
Our thoughts and prayers are with you at this time.
Nancy & Wayne Schuman
waschuman@gmail.com 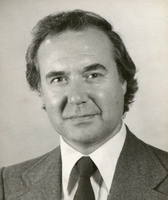